Increasing Our Ability to Know His Voice

“I have treasured the words of His mouth more than my necessary food.” (Job 23:12)

Although I was saved at age 10, I spent most of my life not realizing that God still speaks to people. Up until the time I was filled with the Spirit at age 43, I had never heard the voice of the Lord.

I had a fair knowledge of scripture and some formal Bible school training, but it was a far cry from knowing the sound of God’s voice. And quite honestly, I almost literally died without this spiritual dimension in my life; I understand what Job is talking about.

It may seem obvious, but the first step in learning to hear the voice of God is to recognize that He still speaks. There are those who believe that once the scriptures became available, God quit speaking any other way.

Of course, the Bible is our foundation and the primary way to know God’s mind; that will never change. Any other way by which we hear Him–whether audibly, through a vision, dream, supernatural encounter, a still small voice, or even a gentle nudge–cannot contradict or supersede scripture. Instead, it should deepen or enhance our understanding of it.

Those who believe that God does not speak today except by His written word often also believe that anything truly spiritual in nature cannot be based on individual experience. The problem with this thinking is that the very process of understanding and interpreting the Bible can be affected by personal bias; even with the most careful and thorough study, there is a variety of conclusions that can be reached. The multitude of denominations and factions that exist within Christianity today are evidence of this challenge.

Another problem with this thinking is that every spiritual occurrence, including salvation, is an experience that cannot necessarily be proven in any concrete or scientific kind of way. That is where the element of faith comes in.

While it’s true that hearing the voice of God can be viewed as experiential and inherently includes at least some potential for human error, becoming aware of a few basic principles can keep us on track. One key is to understand the different voices we might hear.

The primary voice we want to hear, of course, is the voice of God. God’s voice is made known to us by His Spirit. 1 Corinthians 2:11, 12 says:

A potential second voice is also revealed in this passage—the voice, or spirit, of man. This voice involves our soul, or the things of our mind, will, and emotions. It springs from things we have known, experienced or been taught. In Matthew 16:17, in response to the question Jesus posed about who He was, Jesus pointed out that Peter’s understanding of Him as the Christ had nothing to do with the spirit of man–his own earthly knowledge–but rather, was the result of a revelation from God.

A third voice we might hear is a demonic voice. In John 10, Jesus calls this voice that of the thief who comes to steal, kill and destroy. But the sheep, Jesus said, will not follow him, for they do not “know” the voice of a stranger.

It is important to understand that it’s possible to believe one is aligning with God, but in fact, be receiving direction from another source. Mere verses after Jesus affirms Peter’s confession, Peter makes another statement which earns him the rebuke, “Get behind Me, Satan!” (Matt. 16:23) Peter had incorrectly discerned where his thinking came from this time.

The more intimate we become with God, the more certain we can be that we know His voice. It is not by coincidence that Christians are also referred to as the Bride of Christ—marriage being the most intimate relationship of all. As His beloved, we ought to intimately know Him and His voice!

Here are some additional tips to enhance your ability to hear Him:

Previous Story
The Greatest Gift of All
→ 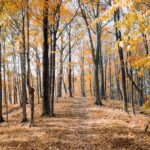 Next Story
A Season of Grace